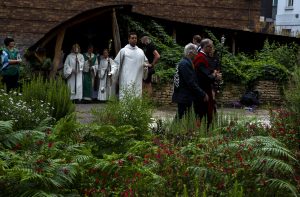 The Dean of Southwark, the Very Revd. Andrew Nunn, performed the fifth successive ‘Act of Regret, Remembrance, Restoration’ for the women of Crossbones who over hundred of years worked in brothels licensed by the church yet were denied Christian burial and were laid to rest in the unconsecrated Crossbones burial ground. 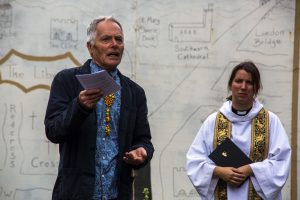 The Dean wrote this special service to be conducted at Crossbones St Mary Magalene’s Feast Day. John Constable aka John Crow introduced the service, speaking of the deep ties between the Cathedral and Crossbones, how the Cathedral had invited in the outcasts for the performances in 2000 and 2010, and is now bringing its blessing out to Crossbones, to receive the outcast dead back into its communion. 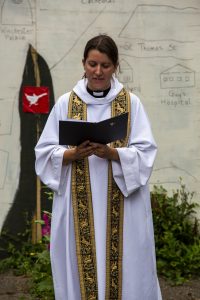 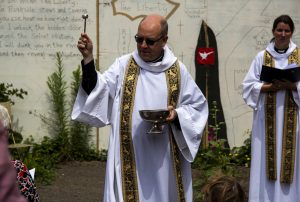 The Dean censed the burial ground and blessed it with holy water. 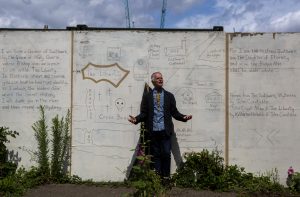 After the service, there was a guided historical tour of Crossbones… 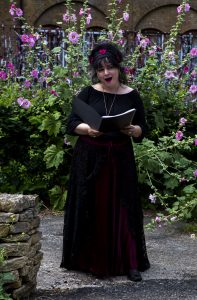 The event ended with a ‘Magdalene Feast’ in the beautiful wild garden. 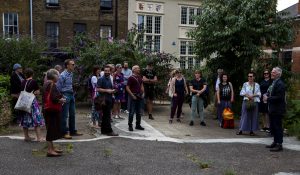