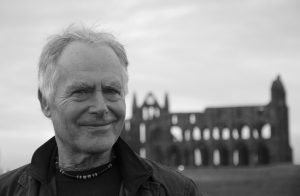 John’s many plays include Black Mas, Tulip Futures and the stage adaptations of Mervyn Peake’s Gormenghast and Paul Theroux’s The Mosquito Coast. His radio adaptations of John Wyndham’s novels The Kraken Wakes and Chocky were released on DVD in the BBC’s Classic Radio Sci-fi series. Solo shows include I Was An Alien Sex God, Raingods Become Me and Spare, inspired by the artist and occultist Austin Osman Spare.

The Southwark Mysteries, his epic cycle of poems, mystery plays and folklore, was inspired by a vision of Crossbones Graveyard and a secret history ‘as revealed by The Goose to John Crow’. The Southwark Mysteries was first performed in Shakespeare’s Globe and Southwark Cathedral on Easter Sunday, 23rd April 2000. A new production, directed by Sarah Davey-Hull, was performed in Southwark Cathedral in April 2010 with a professional core cast and crew and a hundred-strong community cast. There were free open-air performances of scenes from the play at The Scoop, More London.

John Constable’s Sha-Manic Plays, his adaptation of Gormenghast, The Southwark Mysteries and Secret Bankside – Walks In The Outlaw Borough are all published by Oberon Books. His poetry collection Spark In The Dark is published by Thin Man Press. He features in Urban Shamanism, an anthology also featuring Aidan Dun, Niall McDevitt and David Amery. An Arts Council residency at Winchester Cathedral produced his prose-poem Time Out Of Mind, published in Spark In The Dark. 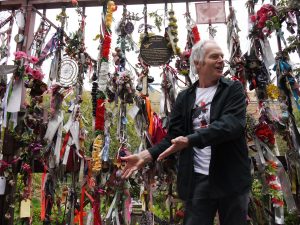 John pioneered unusual historic walks around Borough and Bankside. His walks regularly featured in the City of London festival. Some of these innovative tours were in the form of promenade performances – such as the Dragon Quest, created for Mental Fight Club.
In his John Crow persona, he has performed his poetry world-wide and hosted events such as The Palace of Wisdom, the all-night poetry tent at the Glastonbury Festival. He also conducted the annual Halloween of Cross Bones site-specific performances and monthly Vigils, establishing a shrine and a Garden of Remembrance on the site of the old outcasts’ burial ground.

Audio-recordings include: the southwark mysteries and goose & crow: spirit songs – a collection of his songs performed with George Hoyle and Katy Carr. He has written lyrics for songs on several Hawklords albums, and performed live with the band.

As Artistic Director of SOUTHWARK MYSTERIES (2004-11), John Constable directed many guided walks, workshops and community drama performances, using the arts to help people connect with and creatively respond to their inner-city environment. He wrote the libretto for South Of The River, a community opera commissioned by the ENO.

In November 2010, he was awarded an Honorary Fellowship by London South Bank University for services to the arts and community: ‘for his vision and imagination, for his deep commitment to our local area, for his work in reclaiming lost histories and, above all, for his belief in the transformative power of writing and drama…’

At the Sexual Freedom Awards, in 2011 he was voted Campaigner of the Year for his work at Crossbones Graveyard, and in 2017 received a Lifetime Achievement Award on behalf of himself, Katy Nicholls and the Friends of Crossbones.

John conducted his last Cross Bones Vigil on 23rd November 2019, completing a 23-year magical work. Having lived half his life in The Borough, south London, John now lives in Glastonbury with his wife Katy. He is presently immersed in writing a new cycle of poems.